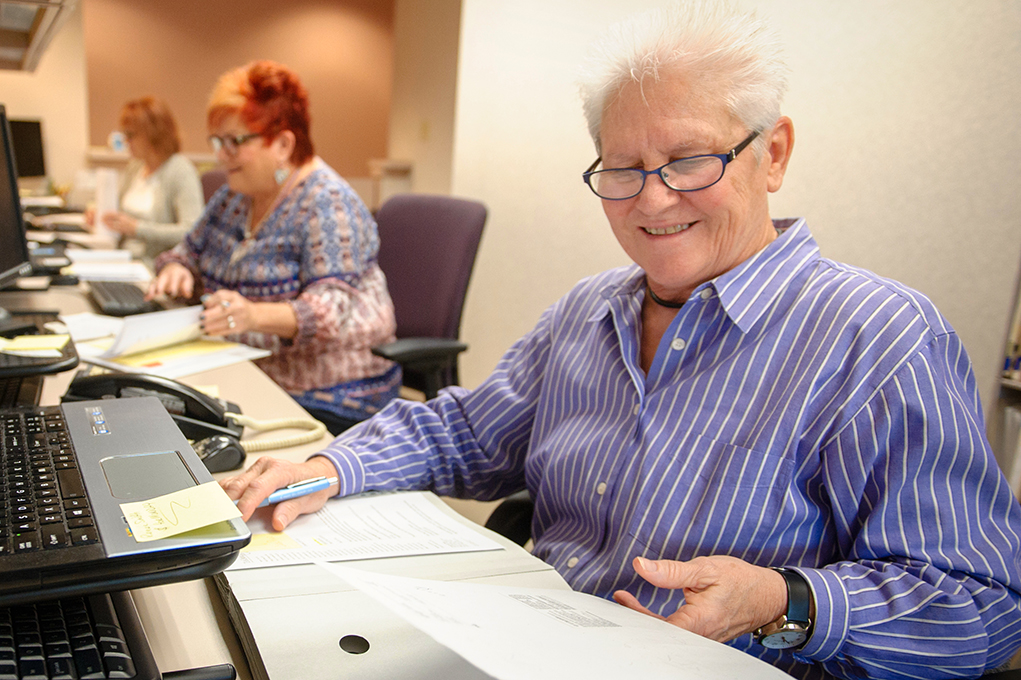 No, it’s not your imagination…there are world-class athletes working in the office. And Peggy’s one. We think of her as the office utility player. And let’s just say right off the bat: There is not a more enthusiastic Univeristy of Kentucky basketball fan in the city than Peggy Meacham. Meach (as Dr. Fritz has always called her) began attending UK basketball games as a 10-year-old child, when her parents held season tickets; those same wildly coveted tickets are now in Meach’s hands, and she religiously drives between Cincinnati and Rupp Arena in Lexington all season long to attend every home game.

And when she retired from teaching in 2003, Meach began playing competitive badminton; she and her doubles partner won the gold medal in the 2009 Senior Olympic Games, and we believe there are more medals in her future.

Now, when she’s not playing softball or badminton, you can find Meach relaxing in her spectacular garden and surrounded by her pets. For many years, she raised Yorkshire Terriers and had a house filled with them—now her two Yorkies keep friends with two cats.